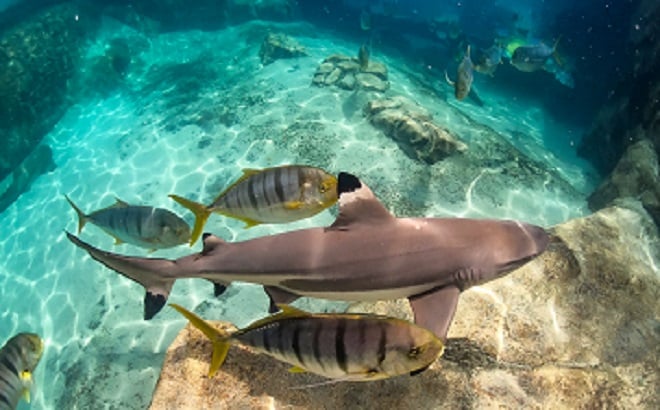 Galeophobia and selachophobia are the terms used to define the fear of sharks – a fear that largely comes from sensationalized stories and stereotyping that give sharks a bad rap.

In recognition of Shark Week, we wanted to give our fans with some inside info to decipher shark fact from shark fiction.

Shark Fiction: If you are in the water with a shark, it will probably attack.

Shark Fact: Sharks are not man-eaters. When looking at the number of daily beach-goers compared to number of reported shark bites, the probability of being bitten by a shark is incredibly low. Every year, more people die from mosquitoes, cows, dogs, lightning, falling coconuts, falling vending machines and even from taking a selfie.

Shark Fiction: All sharks are big with lots of sharp teeth.

Shark Fact: Not all sharks are large, bulky and torpedo-shaped like the ones we see in movies. There are actually more than 400 different species of sharks and they come in a variety of shapes and sizes, from the tiny 8-inch deep-water dogfish to the massive 40-foot whale shark. Moreover, not all sharks have a mouth full of large pointed teeth for tearing flesh. The basking shark has tiny teeth that it does not even use for feeding, and the horn shark has molar-like teeth that it uses to crush hard-shelled prey.

Sharks are a critical part of the marine environment.  That is why in 2016 we announced a partnership with acclaimed marine wildlife artist and conservationist Guy Harvey, focused on ocean health and the plight of sharks in the wild. Discovery Cove, the Guy Harvey Ocean Foundation and the Guy Harvey Research Institute collaborate on science and research to increase understanding of how to better protect these critical predators and their habitats.

Here is another important shark fact.  Our guests also play a role in this effort, as Discovery Cove donates 5 percent of proceeds from our Shark Swim program to the Guy Harvey Ocean Foundation.

So be sure to book your shark swim today to have an experience of a lifetime by getting up-close or even swimming with sharks on your next visit to Discovery Cove! 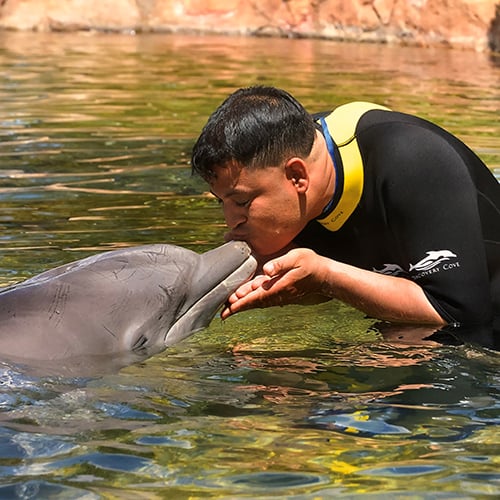 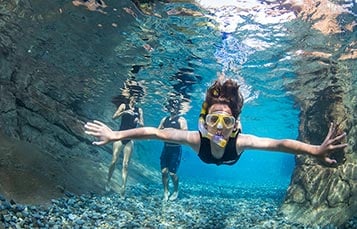 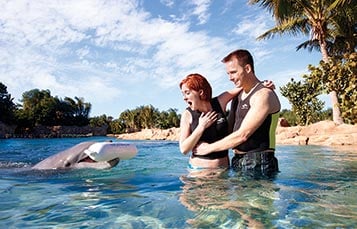 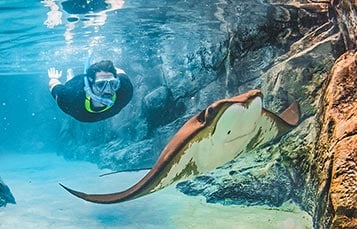